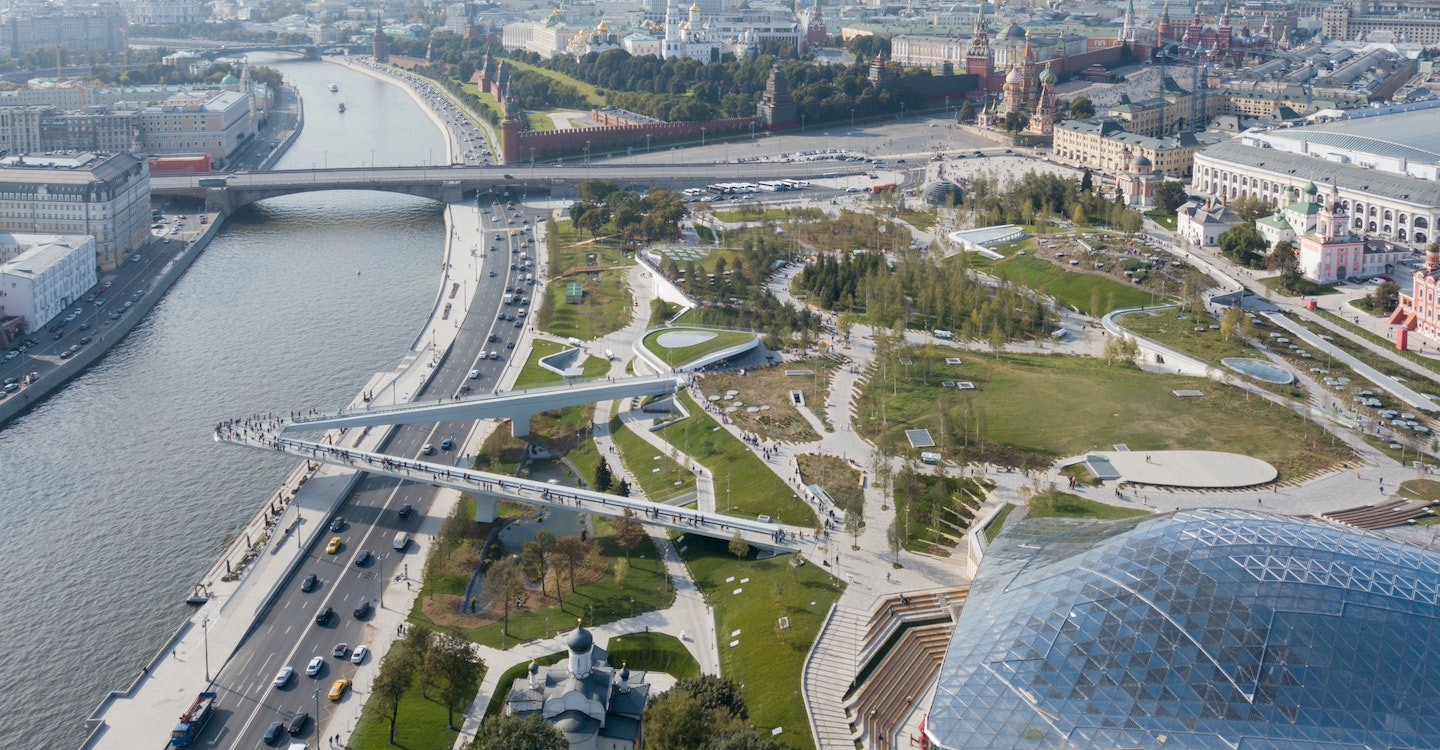 Founded in 1981, Diller Scofidio + Renfro (DS+R) is a design studio whose practice spans the fields of architecture, urban design, installation art, multi-media performance, digital media, and print. With a focus on cultural and civic projects, DS+R’s work addresses the changing role of institutions and the future of cities. The studio is based in New York and is comprised of over 100 architects, designers, artists and researchers, led by four partners—Elizabeth Diller, Ricardo Scofidio, Charles Renfro and Benjamin Gilmartin. DS+R's cross genre work has been distinguished with TIME’s "100 Most Influential People" list and the first grant awarded in the field of architecture from the MacArthur Foundation, which identified Diller and Scofidio as, “architects who have created an alternative form of architectural practice that unites design, performance, and electronic media with cultural and architectural theory and criticism. Their work explores how space functions in our culture and illustrates that architecture, when understood as the physical manifestation of social relationships, is everywhere, not just in buildings.” DS+R completed two of the largest architecture and planning initiatives in New York City’s recent history: the adaptive reuse of an obsolete, industrial rail infrastructure into the High Line, a 1.5 mile-long public park, and the transformation of Lincoln Center for the Performing Arts’ half-century-old campus. The studio has also completed the 35-acre Zaryadye Park, adjacent to the Kremlin, St. Basil’s Cathedral and Red Square in Moscow. The studio has also worked with global cultural institutions to expand access to the arts. The Broad is a contemporary art museum in Los Angeles offering free admission, whose visitorship reflects a comparatively younger and more diverse contemporary arts audience, while the V&A Storehouse, under construction in London, will bring much of the collection out of storage and into public view for the first time. DS+R also recently completed two projects that have reshaped New York’s cultural landscape:the surgical renovation and expansion of MoMA, which brings the museum’s vast collection closer to the public, and The Shed, a start-up multi-arts institution originally conceived by DS+R. DS+R’s approach to rethinking cultural institutions and civic spaces grew out of self-generated and alternative projects that blur the boundaries between architecture, art and performance. Many of the studio’s independent works engage materials indigenous to the site, from Traffic, a guerilla installation of 3,000 traffic cones organized in a grid in New York’s Columbus Circle to the Blur Building, a pavilion made of fog on Lake Neuchâtel for the Swiss Expo. As co-creator, -producer, and –director, the studio's most recent self-generated work is The Mile-Long Opera, a free, choral performance featuring 1,000 singers atop the High Line that reflected on the alienating speed of change in the contemporary city. The studio has also researched, curated and designed a number of interactive installations covering a wide range of subjects, including: the Costume Institute’s Charles James: Beyond Fashion and Heavenly Bodies: Fashion and the The Catholic Imagination, which have recorded two of the highest attendances for any exhibition in the history of the Metropolitan Museum of Art in New York; The Art of Scent, a sensory exhibition on the olfactory arts at the Museum of Arts and Design; and Exit, an immersive data-driven installation investigating global human migration patterns, most recently exhibited at the Palais de Tokyo in Paris. Diller is currently working on The Hare with Amber Eyes at the Jewish Museum in New York and on an environmental design for Deep Blue Sea, a collaboration with choreographer Bill T. Jones that will debut at the Park Avenue Armory. DS+R has authored several books: The High Line (Phaidon Press, 2015), Lincoln Center Inside Out: An Architectural Account (Damiani, 2013), Flesh: Architectural Probes (Princeton Architectural Press, 2011), Blur: The Making of Nothing (Harry N. Abrams, 2002), and Back to the Front: Tourisms of War (Princeton Architectural Press, 1996).
Read More