Client Brief (Academic): A master plan of a campus extension proposal for the State University New York (SUNY) Orange in Newburgh, New York. Proposal: With its situation in the Hudson River, and located at a midway point between New York City and upstate Albany, Newburgh have historically prospered as an industrial hub and transportation center. Following the economic decline of the 1960s, the city began to lose its prominent waterfront activity and demolished most of its waterfront structures in an aggressive Urban Renewal plan during the 1970s. Presently, the city of Newburgh lacks a reliable transportation network, despite an existing, but abandoned, infrastructure that connects the city by rail, by ferry, and by a bus route that directly links to the airport. The proposed SUNY ORANGE campus extension in Newburgh seeks to connect communities regionally, municipally, and locally by integrating existing intermodal transit stations (rail, ferry, and bus) on site. By re-activating the West Shore Railway as a new commuter route, the campus will take advantage of these new connections and accommodate the increased influx of community and public commuters. Projecting into the future, increasing accessibility and mobility is an important strategy to address social equity by reducing barriers in accessing higher education. Formally, the new campus is inspired to return lost densities from Urban Renewal by tracing settlement lots of historical Sanborn maps on the waterfront. The form borrows elements from the site's industrial past of towering smoke stacks, pedestrian bridges, and sawtooth roofs. By also providing new residences and coworking spaces, in response to the growing tech community along the Hudson Valley, the new campus environment will facilitate inclusivity, entrepreneurship, and social cohesion. 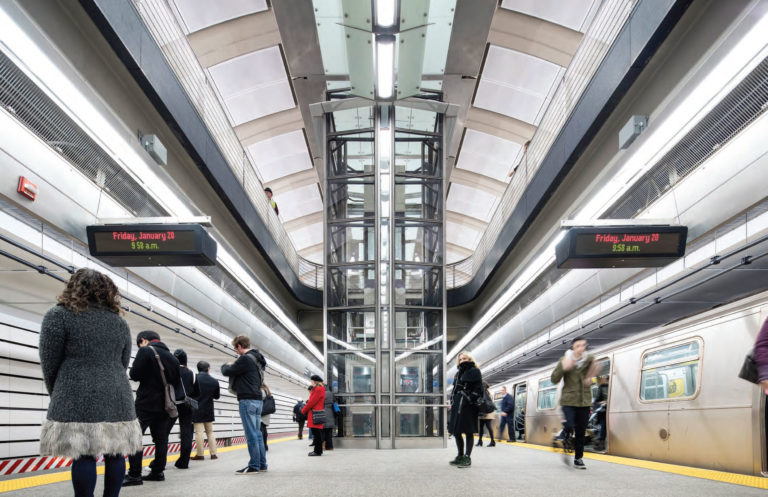