The Center for Architecture is closed temporarily as we continue to evaluate and update our response to COVID-19. See our Calendar for virtual programming. 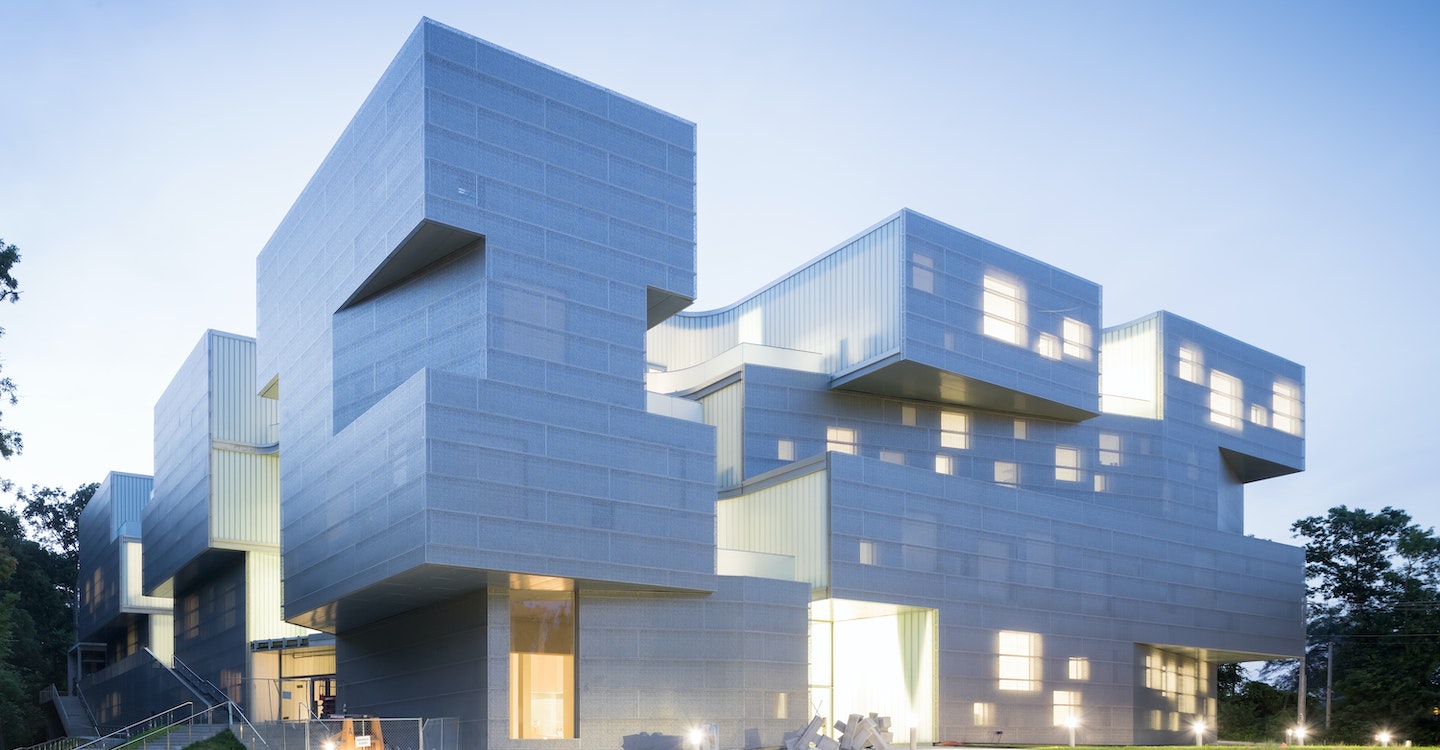 Steven Holl Architects: Design Excellence and Green InnovationSteven Holl Architects (SHA) is a 40-person innovative architecture and urban design office working globally as one office from two locations; New York City and Beijing. Steven Holl leads the office with partners Chris McVoy, Noah Yaffe, and Roberto Bannura. Steven Holl Architects is internationally-honored with architecture’s most prestigious awards, publications and exhibitions for excellence in design among which are two recent recognitions in the ‘10 Best Architectural Marvels’ of Time Magazine’s December 2007 issue: The Nelson-Atkins Museum of Art (Kansas City, Missouri) was awarded first place, and the Linked Hybrid (Beijing, China) was voted as the third most promising project internationally for 2008. Steven Holl Architects has realized architectural works nationally and overseas, with extensive experience in the arts (including museum, gallery, and exhibition design), campus and educational facilities, and residential work. Other projects include retail design, office design, public utilities, and master planning.   With each project Steven Holl Architects explores new ways to integrate an organizing idea with the programmatic and functional essence of a building. Rather than imposing a style upon different sites and climates, or pursued irrespective of program, the unique character of a program and a site becomes the starting point for an architectural idea. While anchoring each work in its specific site and circumstance, we endeavor to obtain a deeper beginning in the experience of time, space, light and materials. The phenomena of the space of a room, the sunlight entering through a window, and the color and reflection of materials on a wall and floor all have integral relationships. The materials of architecture communicate through resonance and dissonance, just as instruments in musical composition. Architectural transformations of natural materials, such as glass, stone or wood, produce thought and sense-provoking qualities in the experience of a place. Following this approach Steven Holl Architects is recognized for the ability to shape space and light with great contextual sensitivity and to utilize the unique qualities of each project to create a concept-driven design.  Steven Holl Architects specializes in seamlessly integrating new projects into contexts with particular cultural and historic importance. Several of the projects involve renovation and expansion of historically important structures, including the Cranbrook Institute of Science (Bloomfield Hills, Michigan, USA), the Sarphatistraat Offices (Amsterdam, The Netherlands), and the Sail Hybrid mixed-use project (Knokke-Heist, Belgium). In 2007 the much celebrated addition to The Nelson-Atkins Museum of Art in Kansas City, Missouri opened to the public. Referring to the building as breathtaking Nicolai Ourossoff wrote: “By subtly interweaving his building with the museum’s historic fabric and the surrounding landscape, he has produced a work of haunting power. [..] It’s an approach that should be studied by anyone who sets out to design a museum from this point forward”. (New York Times, June 6th 2007). In the New Yorker Paul Goldberger stated: “The building is not just Holl’s finest by far, but also one of the best of the last generation. [..] Holl has produced as striking and inventive a piece of architectural form [..] and yet it is a serene and exhilarating place in which to view art”. (New Yorker, April 30th 2007) Steven Holl Architects emphasizes sustainable building and site development as fundamental to innovative and imaginative design. Incorporating green roofs, double walls and advanced mechanical systems Steven Holl Architects constructed the New Residence at the Swiss Embassy (Washington. D.C) according to Swiss "Minergie Standards," a higher level than the US Council for Green Building's LEED standards for minimal energy consumption. The Lake Whitney Water Purification Facility and Park (South Central Connecticut) features the largest Green Roof in Connecticut (30,000 sf), zero off-site storm water discharge, expanded wetlands for biodiversity, and geothermal heating and cooling. The project was chosen as one of the Top Ten Green projects for 2007 by the American Institute of Architects’ Committee on the Environment (AIA/COTE). Throughout that year the facility was viewed as an exemplar of the standards and goals for sustainable design and construction. In Beijing, the recently completed 2 million sq.f. Linked Hybrid complex is heated and cooled by a 660-well geothermal energy system, the largest residential geothermal system in China. The project employs green roofs and a separate grey water recycling system connected to all 750 condominiums which provides all landscape irrigation including a huge central water pond with natural reeds, water lilies and wildlife.  Our design for the Vanke Center Horizontal Skyscraper (Shenzhen, China) is a vision of tropical sustainability for the 21st century, and employs sustainable strategies such as photovoltaic panels and storm water recycling. Parallel to designing dense, sustainable urban architecture, Steven Holl Architects supports the preservation and restoration of landscape and wilderness as Lifetime Member of Sierra Club, Active Member of Scenic Hudson, Member of Natural Resources Defense Council (NRDC), and “Advocates for Wilderness”-Member of the Wilderness Society. In 1970 Steven Holl was one of three founding members of Environmental Works at the University of Washington. Steven Holl is a tenured faculty member at Columbia University where he has taught since 1981. In July 2001 Time Magazine named Steven Holl as America’s Best Architect, for 'buildings that satisfy the spirit as well as the eye.'  Awards include the 2012 AIA Gold Medal, the 2010 RIBA Jencks Award, the first ever Arts Award of the BBVA Foundation Frontiers of Knowledge Awards (2008), Honorary Fellow of the Royal Institute of British Architects (2003), the Smithsonian Institute’s Cooper Hewitt National Design Award in Architecture (2002), the French Grande Medaill d’Or (2001), the prestigious Alvar Aalto Medal (1998), the Arnold W. Brunner Prize in Architecture from the American Academy of Arts and Letters, and the New York American Institute of Architects Medal of Honor (1997).
Read More